Home > Benefits of HIPs > What Will HIPs Change about the House Buying Process?

What Will HIPs Change about the House Buying Process? 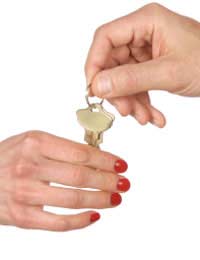 2007 saw one of the biggest changes to the house buying process in recent years - the introduction of the Home Information Pack. The controversial government initiative was introduced in an attempt to make buying and selling your home easier and to put a stop to the problems that can often arise.

The home seller must compile a HIP comprising of an energy performance certificate evidence of title standard searches sale statement and index to provide the buyer with.

What properties need a HIP?

At present only three and four bedroom houses are required to have a HIP and until June 1st 2008 as long as the HIP has been commissioned the seller can put his or her house on the market. After that date the seller must have the completed pack ready before marketing his or her house.

As of December 14th all homeowners must commission a HIP before putting their house on the market.

The thinking behind the initiative

The idea behind the initiative is to improve the whole experience of buying and selling a house. It is claimed that, without HIPS, the process is too slow and too many buyers and sellers are stung when the other party pulls out. With HIPS the information needed both to buy and sell the house is prepared from the start so there is less chance wither party will change their mind somewhere down the line when they receive new information.

According to research compiled by the Building Research Establishment and Ipsos MORI before HIPS it took an average of six and a half months to complete the house selling process - from the day the property was put on the market to the day of completion. The research also found almost a quarter of buyers had experienced at least one failed transaction during the process.

The government hopes HIPS will change all this. The seller will have to pay for their pack - somewhere in the region on £300-£600 and extra £250-£1000 if they decided to include the optional Home Condition Report. It is hoped that this will prevent the seller from putting their house on the market without giving it too much thought and subsequently take it off the market, even when there are interested parties.

Since all the information the buyer could require will be presented up front there is little chance of them pulling out of the deal further down the line when they discover something they did not know.

Although the affects HIPS have yet to be seen there has been some contradicting evidence to argue the influence they have had. Some studies suggest the introduction of HIPS has slowed down the housing market with sellers reluctant to put their property on the market due to the hassle involved in compiling a pack. Other arguments claim the packs have done their job already and speeding up the housing process.

Whether or not the benefits of HIPS have come to fruition yet there's no escaping the fact they are a reality and the roll-out introduction is set to continue over the next year so both buyers and sellers should be aware of them.