Home > The Future of HIPs > Are Home Information Packs Working? 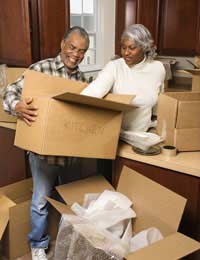 Home Information Packs began to be introduced to the market on August 1st 2007. Part of a government initiative, the idea behind the packs was that they would make the home buying process clearer and run more smoothly.

The premise is if a seller has to pay out for a Home Information Pack - and they can cost around £150 - to put their home on the market they are less likely to change their mind. Owners deciding not to sell cause huge headaches for potential buyers. Sales falling through has long been cited as a big bugbear for both sellers, buyers and estate agents.

The Packs would also give the buyer more clarity. All the information he or she needs to know is included in the pack so they know what they’re getting straight up from day one.

The Energy Performance Certificate included in the pack informs buyers of the energy efficiency of the property, in today’s green-aware society this is seen as an important element.

Of course many in the industry say that had the Home Condition Report been kept as a mandatory inclusion in the HIP they would be more useful to the market. The HCR would provide details of the condition of the property, giving the buyer a fully transparent sale.

The HCR was made only voluntary before the HIP roll out began but even without this element, how are HIPs faring? Has the initiative been a success? Or will the government have to swallow its pride and admit the Home Information Pack idea was a mistake?

Unsurprisingly those involved in the HIPs industry i.e. providers believe the packs have been a great success.

It claims it has seen just 9% of failed transactions, whereas this figure was 23% before Home Information Packs were introduced.

Not everyone agrees however; some industry commentators believe HIPs have had no positive effect at all. In many cases the opposite has been apparent as buyers are deterred from putting the property on the market as they don’t want to have to pay for the HIP.

The Conservative Party certainly takes this view, claiming they would scrap HIPs if they were in power. They claim Home Information Packs are of no use to the market, especially considering the difficulties the market has faced as opposed to the economic challenge.

Homeowners have adapted well to the HIP initiative, mostly because they have to. However increased red tape is the last thing they need in this already difficult market and many want more concrete proof that the HIPs are helping before throwing their support behind them.

The vote is still split as to how successful Home Information Packs have been. now all that remains is to see how long they will last.